Sid Haig is reader-supported. When you buy through links on our site, we may earn an affiliate commission. Learn more

His career was somewhat of an accident. Sid was growing so fast that he had absolutely no coordination. It was decided that he would take dancing lessons, and that's when it all began. At the age of seven, he was dancing for pay in a children's Christmas Show, then a revival of a vaudeville show - and on it went. Sid also showed a musical inclination, particularly for the drums. So, when his parents got tired of him denting all the pots and pans in the house, they bought him a drum set. The music was in him and he took to it immediately, a born natural. First it was swing, then country, then jazz, blues and ROCK & ROLL. Sid always found it easy to make money with his music, and did very well. One year out of high school and signing a recording contract isn't too bad. Sid went on to record the single "Full House" with the T-Birds in 1958.

However, back while he was in high school, he got bitten by the "acting bug"... Alice Merrill was the head of the drama department at that time and gave Sid all the encouragement in the world to pursue an acting career. The clincher came in his senior year. The way that the senior play was cast was that she would double cast the show, then have one of her friends from Hollywood come up and pick the final cast. You see, Merrill was quite famous as an actress on Broadway and kept up her contacts in the business. When the appointed day came the "friend" that showed up was Dennis Morgan, a big musical comedy star from the 40's. The rest is history - he picked Sid for the role, then two weeks later came back to see the show and told Sid that he should continue his education down south and consider acting as a career path. Two years later, Sid enrolled in the world famous Pasadena Playhouse, the school that trained such actors as Robert Preston, Robert Young, Gene Hackman, Dustin Hoffman, and so on. After two years of "actor's hell" - non-stop 7am to 11pm with homework thrown in just for the fun of it - it was time to move on to the big "H", Hollywood!

Sid did so with long time friend and roommate Stuart Margolin (Angel on the Rockford Files). Sid's first acting job was in Jack Hill's student film at UCLA. It was called "The Host", which was released in 2004 on DVD as a companion to "Switchblade Sisters", another Hill film.

That role launched a 40-year acting career during which Haig appeared in over 50 films and 350 television shows. He has proven himself quite valuable to such filmmakers as producer Roger Corman. He also became a staple in the pictures of Jack Hill, appearing in "Spider Baby", "Coffy", and "Foxy Brown". Haig's other memorable credits include George Lucas' "THX-1138",and the 1970 James Bond opus "Diamonds are Forever" (he's one of the Slumber Brothers, and got to toss a topless Lana Wood from the window of a high-rise Vegas hotel). Among his most significant television credits are appearances on such landmark programs as The A-Team, TJ Hooker, Dukes of Hazzard, Quincy ME, Hart to Hart, Fantasy Island, Charlie's Angels, Police Woman, The Rockford Files, Six Million Dollar Man, Mannix, Mission: Impossible, Gunsmoke, Get Smart, Here's Lucy, The Flying Nun, Daniel Boone, Star Trek, Batman and The Untouchables.

Sid has never been one to give-up on anything but after forty years of carrying a gun (except for the occasional Jack Hill or Roger Corman Film),his dreams of being recognized as a more than competent actor were fading. Then in 1992 Sid backed away and said, "I'll never play another stupid "heavy" again, and I don't care if that means that I never work, ever." This just proves that if you take a stand people will listen, for in 1997 Quentin Tarantino wrote the part of the judge in "Jackie Brown" for Sid. Then things got better, much better. Not necessarily more work, just better work. Later, in 2000, Sid starred in Rob Zombie's debut film "House of 1000 Corpses". He starred as the fun-loving but deadly Captain Spaulding. This role breathed new life into Sid's acting career and earned him an award for Best Supporting Actor in the 13th Annual Fangoria Chainsaw Awards, as well as an induction into the Horror Hall of Fame. Captain Spaulding has since become the icon for the new horror genre. Sid has recently enjoyed success as Captain Spaulding once again in Rob Zombie's follow-up to "House of 1000 Corpses", entitled, "The Devil's Rejects". For this film, Sid received the award for best Actor in the 15th Annual Fangoria Chainsaw Awards, as well as sharing the award for "Most Vile Villain" at the First Annual Spike TV Scream Awards with Leslie Easterbrook, Sheri Moon and Bill Moseley as The Firefly Family.

Sid has several projects in various stages of production, and continues to enjoy his renewed success as an actor. 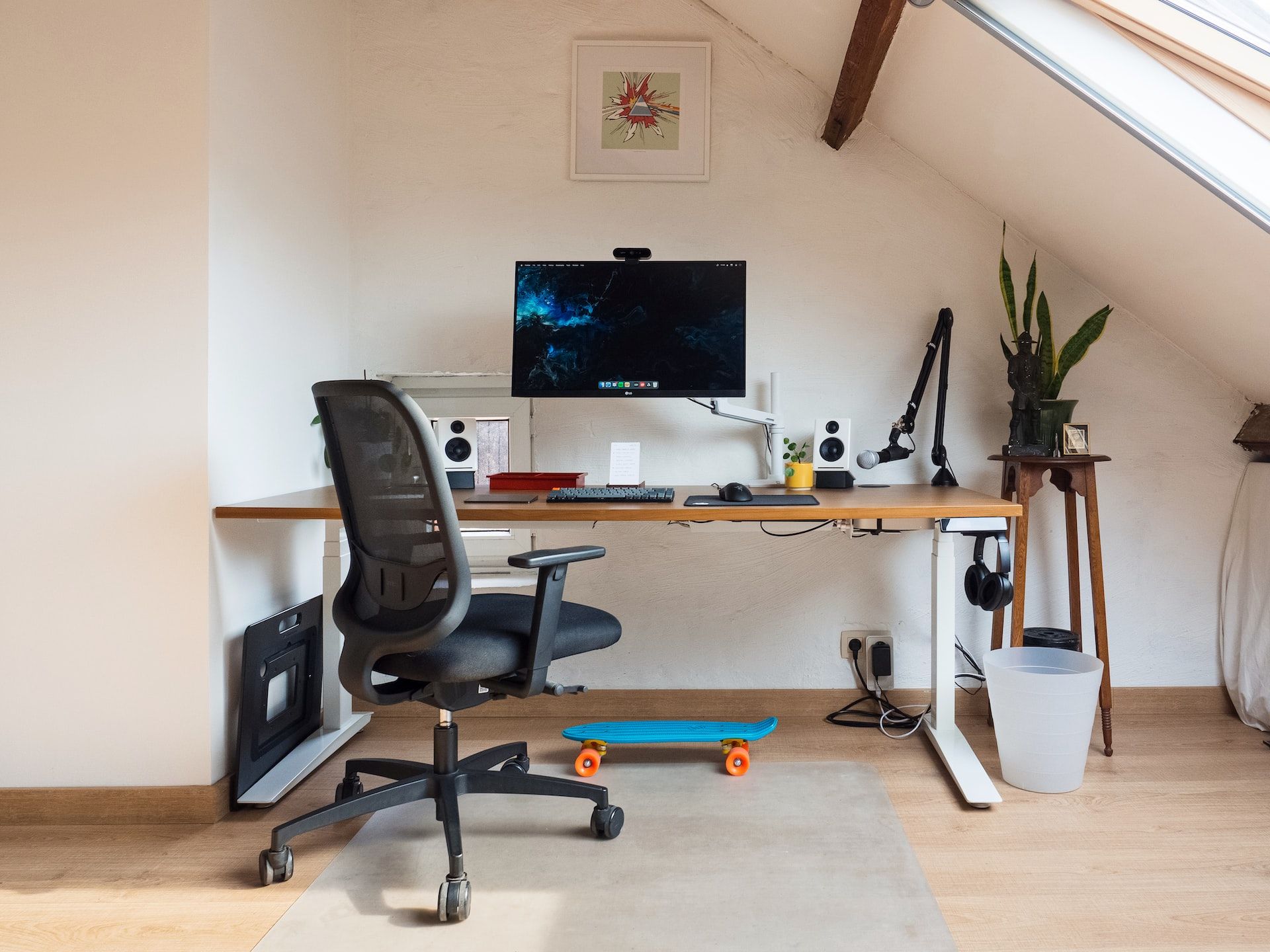 How to Choose the Best Office Chair?
4 months ago

Paper Shredder Buying Guide: How to Choose the Right One?

How to Choose the Best Printer for You?

How to choose right Computer Monitors?

How to Choosing a Computer Case?

Do football fans get to keep the ball?

Top 11 Best Rechargeable Water Flossers of 2023 - Ultimate Guide
By  Nyasia Satterfield
We've compiled the best rechargeable water flossers on the market to help you get the most out of your oral health routine.
Switches

Best Managed Switch For Home 2023: Best Reviews Guide
By  Tyree Bartell
The best managed switch for home is a smart switch that can turn your lights on and off and can even change the temperature of your home.
Air Fryers

13+ Best Air Fryer Easiest To Clean in 2023 (January)
By  Trenton Lakin
The best air fryer is the one that does not have a hard time cleaning. This article will give you some tips on how to easily clean an air fryer.
Computers

10+ Best Unmanaged Gigabit Switch in 2023 (January Update)
By  Ari Hagenes
This is the best unmanaged gigabit switch I have to buy for my new macbook pro.
Switches

Top 12 Best Poe Mesh Wifi of 2023 Reviews
By  Vito Nienow
Today, I am going to share with you the best poe mesh wifi router. I will cover the best products and the best security options.
Toaster Ovens

Top 15 Best Small Convection Toaster Ovens of 2023: See Our #1 Picks
By  Trenton Lakin
Smaller than the average toaster ovens, the best small convection toaster ovens can make cooking for one a breeze.
Computers

Best Micro Desktop Pc - January 2023 - Best Reviews
By  Elijah Veum
The best micro desktop pc is the one that fits your requirements. This micro desktop pc review will help you find the right one for you.
Air Fryers

15 Best Large Capacity Air Fryer in 2023 - Reviewed and Rated
By  Vito Nienow
The best large capacity air fryer is the one that can accommodate a variety of foods.
Air Fryers

Best Inexpensive Air Fryer - Top 13 Picks in 2023
By  Julianne Hintz
Air fryers are great for cooking. They are fast, easy, and tasty. The best air fryers are less than $100, but some of them can be very pricey.
Space Heaters

Best Panel Space Heaters - January 2023 - Best Reviews
By  Trenton Lakin
Panel space heaters are an effective and affordable way to heat your home or office. Find the best of the best for your space.
Space Heaters

10 Best Dual Basket Deep Fryer 2023 - Best Picks
By  Price Hoppe
The best dual basket deep fryer is that it allows you to cook multiple dishes at once, a significant time saver if you are cooking for a large group of people.
Computers

Welcome folks to the first stable release of the Official Sid Haig website. We're happy to inform you that our system has become very advanced and in some ways it can defend itself. Various advanced technologies are implanted to help us detect hackers, spammers and take the proper legal action against them. We hope you fully enjoy your stay and in case you have any concerns, doubts, questions, ideas, or even a complaint, don't hesitate to directly contact us.